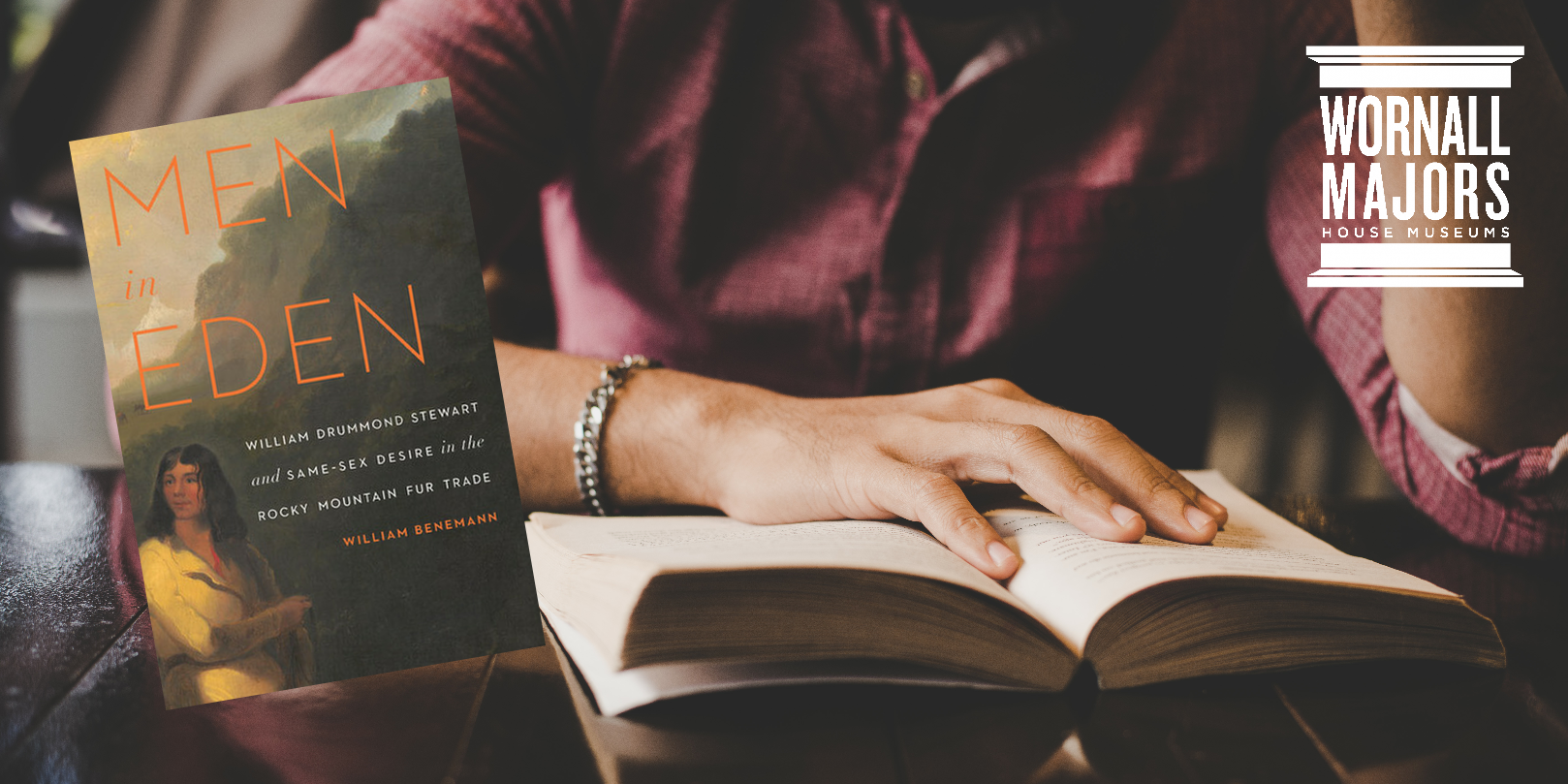 The American West is often thought of as a place of traditional masculinity. However, the west of the nineteenth century offered freedom and adventure for many diverse individuals – including those with same-sex attraction. Join us for a book discussion of Men in Eden as we explore this often forgotten, but fascinating, aspect of nineteenth century westward expansion.

Our discussion will be moderated by Savannah Lore of the Midcontinent Public Library and Stuart Hinds, Curator of Special Collections & Archives at UMKC’s LaBudde Special Collections, which includes the Gay and Lesbian Archive of Mid-America (GLAMA).

$5 non-members, free for Wornall/Majors members and UMKC students and staff (please register with your .edu email)

About Men in Eden:

The American West of the nineteenth century was a world of freedom and adventure for men of every stripe—not least also those who admired and desired other men. Among these sojourners was William Drummond Stewart, a flamboyant Scottish nobleman who found in American culture of the 1830s and 1840s a cultural milieu of openness in which men could pursue same-sex relationships.

This book traces Stewart’s travels from his arrival in America in 1832 to his return to Murthly Castle in Perthshire, Scotland, with his French Canadian–Cree Indian companion, Antoine Clement, one of the most skilled hunters in the Rockies. Benemann chronicles Stewart’s friendships with such notables as Kit Carson, William Sublette, Marcus Whitman, and Jim Bridger. He describes the wild Renaissance-costume party held by Stewart and Clement upon their return to America—a journey that ended in scandal. Through Stewart’s letters and novels, Benemann shows that Stewart was one of many men drawn to the sexual freedom offered by the West. His book provides a tantalizing new perspective on the Rocky Mountain fur trade and the role of homosexuality in shaping the American West.